On the absurdity of classified information 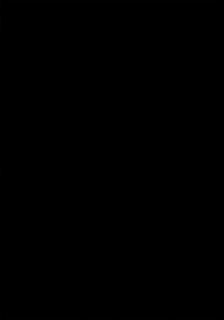 The problem with keeping information secret is not that secrecy is never warranted, it's that it is always easier to classify something as secret than not, and this leads not just to the withholding of potentially important information from the public but also to all kinds of absurd contradictions. Imagine a bored low-level bureaucrat whose job is to stamp national security documents as secret. It is always going to be easier for him to not take the trouble to go through every line in the document and decide whether to redact it or not; it's far easier to mark everything as secret and stash it away in the archives.

One of the absurdities of secrecy was illustrated by Freeman Dyson a few years ago in a review of the book "David and Goliath" in the New York Review of Books. Dyson was talking about a report called Project Oregon Trail written by academic historians during the Vietnam War that analyzed the results of 'asymmetric wars' in which a larger adversary is fighting a smaller one. The report especially focused on the kinds of conflicts in which a large colonial or imperial power is fighting a small country. It concluded that when the imperial power spends most of its resources on military means, it usually loses. When it spends most of its resources on civilian measures intended to win the hearts and minds of people, it usually wins. The Vietnam War which was then not going well was clearly going down the first road; the disastrous Iraq War went down the same road forty years later, as did any number of attempts by large powers to defeat small insurgent groups using purely military means. The powers in charge did not want to hear the inconvenient truth that they were adopting the wrong strategy.

There was another report at the same time, published by the RAND Corporation, which analyzed potential conflicts between the two countries using game theory. This was a valuable study which was legitimately classified as secret. But to avoid embarrassment and prevent the results of Project Oregon Trail from being released to the public, the government bound the two reports together and stamped both of them as secret. The valuable, purely historical, Project Oregon Trail is still secret fifty years later. Dyson appealed to the government to release the historical study. I submitted a FOIA request for it more than two years ago, and I am still waiting.

Even legitimate secrecy can sometimes make it embarrassingly easy to let someone with the time and effort know what you are hiding. The nuclear weapons expert Carey Sublette put together a detailed archive of supposedly classified data on nuclear weapons by looking at different classification sources that had redacted the same document in different parts, subjectively exposing and redacting sections of the document according to whim; thus, what one source left out another source disclosed. By looking at a specific document from multiple sources, Sublette was essentially able to reconstruct entire classified papers.

Sometimes it is the omission of information that can alert an adversary to valuable secret information. At the end of the Manhattan Project, the Smyth Report was published to give a general description of the atomic bomb to the lay public. The first edition of this report contained an important fact about the poisoning of nuclear reactors with fission byproducts; it was a problem that had frustrated scientists and taken them quite a while to surmount. When General Leslie Groves who was the head of the project saw this included in the Smyth Report, he ordered it taken out in the next edition. When the Soviets read the second edition and compared it to the first one, they knew exactly what was so valuable and secret.

In the London Review of Books, the physicist and writer Jeremy Bernstein who worked closely with Dyson, Robert Oppenheimer, Hans Bethe and others talks about his own take on the absurdity of secrecy. In 1958 he was invited by Dyson and others to work on a spaceship powered by hydrogen bomb explosions. This was an audacious scheme which several brilliant scientists and engineers seriously worked on for a few years. One of the key calculations in exploring this idea involved using the opacities of elements; the opacity of an element gives us an idea of its capacity to absorb or repel electromagnetic radiation. As Bernstein puts it:

"A couple of physicists at Los Alamos had had the idea that small nuclear devices could be used as propellants for space travel. They would be dropped from the bottom of the ship sequentially and the detritus from the explosions would act as an efficient propellant. Dyson had gone to La Jolla to work on the design of the ship. There was to be a large flat metallic plate, known as the ‘pusher’, attached to the body of the ship by springs that would absorb the shocks of the explosions.
The question was whether the pusher would ‘ablate’ away under the influence of the successive bombs. This depended in large measure on the opacity – the capacity to absorb radiation – of the materials involved. They were to be relatively light elements. At the time I didn’t appreciate the importance of this limitation. Any information, theoretical or experimental, on the opacity of any element heavier than lutetium was and is classified. This includes gold, platinum and lead. To compute an opacity is a problem in quantum mechanics and atomic physics. Anyone can try to do it, but if you do it for lead, the result is classified. Is anything more absurd? Dyson had an idea for a ‘super Orion’ with a pusher made of uranium, which might have been used as fuel for, say, a return trip to Mars. But the opacity of uranium was classified, though it might be an interesting project for a graduate student."
Fifty years later, I did a  Google search and am still not sure whether there is a reliable public source listing the opacities of heavy elements. This is in spite of the fact that many graduate students could now accurately calculate and measure these numbers using a variety of techniques.
Finally, no system of government or private enterprise is foolproof, and secrecy is always thwarted when there are either spies or leakers. Sometimes these spies work against the common good (as in the case of Soviet spy Klaus Fuchs), sometimes they work in its favor (as in the case of American spy Edward Snowden). Bernstein describes how Fuchs was ferrying atomic secrets out of Los Alamos on a daily basis.
"In autumn 1945, Enrico Fermi gave a lecture at Los Alamos on Edward Teller’s hydrogen bomb, the Classical Super. Fermi concluded that he did not see how it could be made to work. The audience was all Q-cleared and the lecture was classified. One of the people in the audience was Klaus Fuchs, who turned the lecture over to the Russians. I am not sure they learned anything they did not already know. But the lecture remained classified by the US government even after the Russians had put it on the web. You can download it at your leisure."
I have not looked for this lecture online but we can be sure of two things: firstly, that it exists in the public domain, and secondly, that the government will never acknowledge its existence. The ultimate absurdity of secrecy arises when the government refuses to deny that something is secret even when it is out for all the public to see. The distinction between classified and unclassified itself becomes classified.
Wavefunction on Tuesday, March 21, 2017